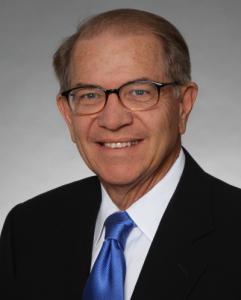 It appears they made several decisions that were negligent, careless, and some of these things were outrageous in my experience, that directly resulted in the airplane crash in both of these cases.”
— Attorney Lewis S. "Mike" Eidson

MIAMI, FLORIDA, USA , June 5, 2019 /EINPresswire.com/ — An international aviation attorney claimed that Boeing should be found negligent and liable for two crashes that killed hundreds of people.

Lewis S. “Mike” Eidson made the claims in an interview with AskTheLawyers.com™. He was referring to a Lion Air crash that killed 189 people on board, as well as an Ethiopian Airlines crash that killed 157. Both crashes involved the Boeing 737 MAX 8 aircraft, which Boeing began selling in late 2016. They used heavier, larger engines, which required changing their position on the aircraft’s wing. This caused the plane to “nose up” during takeoff, which can cause a dangerous stall. The plane also had an automated flight control system, which Eidson said sent faulty information to the steering controls that repeatedly pushed the plane downward into a dive. Because of the way in which it was automated, the pilots could not easily correct the dive after the automated system had been triggered and it was extremely difficult to disable the automated system. The planes both crashed shortly after takeoff, killing everyone on board.

Eidson explained that Boeing also failed to properly train their customers’ pilots on the characteristics of the automated flight control system or on how to disable the system if uncommanded and inappropriate dives were triggered. He said they rushed the training and abbreviated the training process to compete with Airbus. He said that the defective anti-stall system, a poor design of the plane, and ineffective pilot training were all factors in the crashes.

“Based on all of the evidence available to date and based on the public reporting, Boeing is liable for a number of reasons,” Eidson said. “It appears they made several decisions that were negligent, careless, and some of these things were outrageous in my experience, that directly resulted in the airplane crash in both of these cases.”

He said that family members of those killed in these crashes have the right to file wrongful death lawsuits against the parties responsible, even if those parties reside in different countries.

Lewis S. “Mike” Eidson is a founding partner of the Florida-based firm Colson Hicks Eidson. His firm has 40 years of experience handling international aviation claims. He has been involved in over two dozen international aviation accidents and in defective product lawsuits of all sorts for decades.. He has written two textbooks about product liability litigation, and he is the past president of the American Association for Justice.

Mike Eidson accepts injury cases from across the nation. Contact him now by calling 888-544-6767.