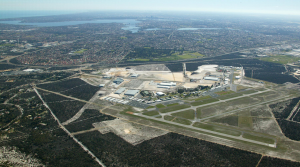 aerial view of the airport 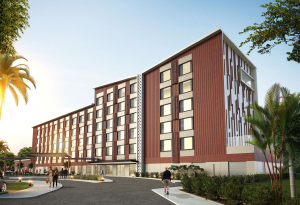 PERTH, AUSTRALIA , June 6, 2019 /EINPresswire.com/ — Investors are invited to be part of a project located adjacent to Australia's 3rd busiest airport in terms of aircraft movements in the 2017 financial year; Jandakot Airport located in Western Australia. The site for the project has been secured and an International hotel brand has been selected for the hotel when doors open for business.

The 4-star hotel will feature 130 rooms with living room lobby restaurant, rooftop concept restaurant, meeting and conference facilities, gym and pool. The same site has the space for a future-stage 2 development of a student accommodation facility to cater for trainee pilots and nearby university students.

The Airport hotel is located within the Jandakot commercial precinct, home to over 50 national and international businesses in the oil, gas, mining and aviation industries. The hotel’s location is within 15 minutes of 3 major commercial and industrial precincts including the Henderson heavy industrial center which is home to Australia’s defense industry in Western Australia. The site is only 5 minutes from the new 800 bed AUD $2 billion Fiona Stanley Hospital and one of WA’s largest universities – Murdoch University.