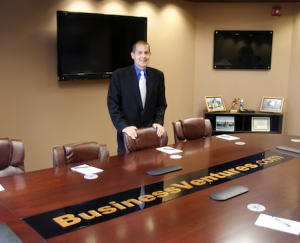 If you are trying to get ahead in life, why not dress like a leader?” Rick Rahim says important characteristics at work are skill, talent, intelligence, attire, and professionalism.”
— Rick Rahim

LOS ANGELES, CA, USA, June 12, 2019 /EINPresswire.com/ — Rick Rahim On Why You Should Never Dress For Success

“Some of the brightest people wear the dumbest clothes,” says Rick Rahim. Rick is the President of BusinessVentures.com and has employed more than 1,000 people in his career as an entrepreneur.

Rick says though a lot of tech companies employ a very casual dress code, “looking like a slob is most certainly not a job requirement.” According to Rahim, time-tested adages of previous generations “are being completely lost on millennials.”

“If you are trying to get ahead in life, why not dress like a leader?” Rahim says important characteristics at work are skill, talent, intelligence, and professionalism. In Rick’s opinion, how an employee dresses speaks to both his professionalism, and his intelligence. Moreover, a well-dressed employee definitely stands out in a crowd of less ambitious people.

Are you allowed to wear a t-shirt and jeans to work? Don’t. Instead, wear a collared polo shirt and keep it neatly tucked in. Avoid giant logos and unprofessional images.

If your company dress code requires a polo shirt, wear a button down shirt and keep it tucked in. On occasion, maybe even put on a tie. Rick says “people definitely do notice.”

Rahim says “You can never go wrong by dressing at a higher standard than others may find acceptable.” According to Rick, “being dressed better than others in the room accomplishes many things:

• You will be recognized as more clean-cut and professional than your peers.

• Superiors and those in a position to help your career will never be distracted by your slovenliness. Don’t give others a chance to judge you poorly.

• You’ll always make a good first impression. You’ll always be prepared for any situation that arises without being embarrassed at being underdressed. Your boss won’t be ashamed of how your attire may reflect on her company.

• Your professional image will enhance others’ perception of your skills and ability.

• Being better dressed than others in the room will give the impression that you are an authority figure. This equates to enhanced credibility.

• Knowing you look good makes you feel good. Though it may be subconscious, you will find being better dressed increases your confidence and boosts your energy. When you feel more professional, it’s easier to act more professional.

• Others will take you seriously, rather than dismiss you because you look so unprofessional. You will be judged much more positively, rather than having to overcome the initial negative impression you make.

Rick says dressing better need not break the bank. A pair of slacks costs no more than a pair of jeans. Dress shoes are often much cheaper than name brand tennis shoes. Nice shirts are easily found for around $20. Rahim says wearing a good belt is also important.

As an employer, Rick speaks from experience. According to Rahim, admits he forms an impression about each employee based on the pride employees take in their appearance.

Rick says he rarely considers “the slobs” for advancement. In his judgment, “if they take so little pride in themselves and represent themselves so poorly, how can I trust they will represent my ompany any better?”
c
Each day may bring an unexpected opportunity. Rick Rahim says “The only reason you should never dress for success is if you truly have no ambition in life.”

*Rick Rahim is a seasoned entrepreneur and President of BusinessVentures.com. He is an experienced airplane and helicopter pilot, scuba diver, and family man who lives in Great Falls, VA. Rick has personally volunteered and flown over 1,100 children in his helicopter at his own expense, making the experience free for the children.

Rick Rahim Pulls His Son’s Baby Tooth With His Helicopter