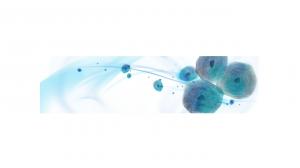 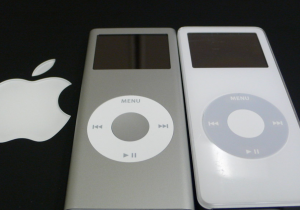 More and more tech companies are dropping "nano" from their products' names and descriptions as they become confusing and irrelevant.

Unfortunately there are many players on the market abusing the word nanotechnology, using nano as a commercial gimmick. It's not just the size.”
— Dr. George Diloyan, PhD, NIS's CEO

AVENEL, NEW JERSEY, UNITED STATES, July 31, 2019 /EINPresswire.com/ — Thirty years ago, the idea of nanotechnology sounded like science fiction. Today, most of the products you see on shelves with the word "nano" are fiction. Any chemist or physicist will tell you that it is complicated and expensive to achieve a "nano" size of any particle, let alone commercialize the process. Nanostructures are so small that specialized methods and equipment are needed to manufacture objects in this size range.

However, it is nearly impossible to imagine our lives without them. Nanoscale structures had existed in nature since the beginning of time, way before scientists had superpowerful microscopes to study nanostructures in laboratories. An individual strand of DNA is about three nanometers wide. Nobel laureate physicist Richard Feynman first proposed the term "Nanotechnology" in 1959 during his lecture, "There's plenty of room at the bottom". He suggested that it could be possible to build nanoscale machines that could "arrange the atoms the way we want." He also talked about "swallowing the doctor" to repair illnesses, however unlike the film "Fantastic Voyage" there wouldn't be people inside one's body but rather small nanorobots. Feynman offered cash prizes to inspire the public to create on the nanoscale, but interest didn't take off until much later.

In 1986 an American engineer Eric Drexler used the term nanotechnology in his book "Engines of Creation" to describe what later became known as molecular nanotechnology. In the '80s "nanotechnology" was considered a super-futuristic tech lingo. Fast forward 30 plus years and even kids now know that "nano" means something very very small, too small to see. Scientifically speaking, nano is a prefix meaning "extremely small." In Greek "Nanos" means dwarf. When quantifiable, it translates to "one billionth." One nanometer, for example, is equivalent to a billionth of a meter. A human hair is about 80,000 nanometers.

During the first decade of the 21 Century, Nanotechnology became one of the hottest marketing buzzwords. Since then, nanoparticles, it seems, have been working hard across dozens of industries from healthcare and cosmetics (there are anti-aging creams with nanoparticles and nano-toothpaste research), to food and constructions, and even Space and Music. Yes, you read correctly. Remember the iPod Nano? Well, this (revolutionary in 2005, retired in 2017) piece of technology had nothing to do with nanoscience. Today, more and more tech companies are dropping "nano" from their products' names and descriptions as they become confusing and irrelevant. One of the first to do so is Nanotech Industrial Solutions Corp – one of the leaders in the field of nanotechnology. This global company with the HQ's and R&D facilities in Avenell, NJ and Yavne, Israel, is the only commercial manufacturer of true nanosized, or as NIS prefer to call them now "submicron" particles of Inorganic Fullerene-like Tungsten Disulfide.

Dr. George Diloyan, CEO, NIS
"Unfortunately there are many players on the market abusing the word nanotechnology, using nano as a commercial gimmick. It's not just the size. When someone talks about nano, I'm always asking what the chemistry is and what is the morphology there. All of that is important. We are very open about that."

Dr. George Diloyan, CEO, NIS
"We removed the word nano from our marketing material for a reason. Because it's not just nano size that's important, but also shape and chemistry that's important. We don't want to talk about nano because we are beyond that at this point."

The size still matters, of course. Moreover, as of today, Nanotech Industrial Solutions is the only company in the world with the ability to control not only the size but also the shape of submicron particles. This cutting edge nanotechnology was discovered at the Weizmann Institute of Science by Professor Reshef Tenne. IF-WS₂ particles have tens of caged concentric layers, making these particles excel under extreme pressure or load. In July of 2019 prof. Tenne was awarded the prestigious IUVSTA Prize for Technology for the discovery, synthesis, and characterization, of closed inorganic nanostructures and enabling their implementation in tribological and mechanical technologies. IF-WS₂ formulations are designed to lower friction, operating temperature, reduce mechanical wear, and, as a result, lowering the overall cost of ownership.

Itsik Havakuk, VP of Global Sales and Marketing, NIS
"The advantage of our IF-WS₂ Formulated products is the low treat rate. In some cases, even 1% of NIS' additive can make a huge difference, significantly reducing downtime and saving thousands of dollars for our partners. This technology was tested by major petrochemical and mining companies the world, trusted by the military and is used in the Space Satellite program for at least ten years."

The IF-WS₂ formulated additives are available as a dispersion in water, oil, and solvent. These dispersions are used in the formulation of lubricants, grease, metalworking fluids, coatings, paints, and polymers.