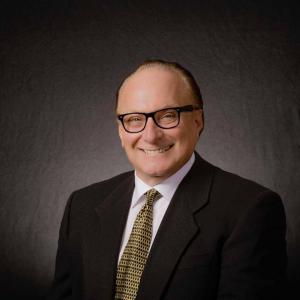 “We are incredibly excited to acquire this amazing show,” states Tom Julian, “’Jet Jockey’s’ will make a perfect addition to our family-friendly programming.”

LOS ANGELES, CA, UNITED STATES, August 9, 2019 /EINPresswire.com/ — Brett Vance, founder of the AirlifeTimes Blog and aviation enthusiast, is excited to announce that his TV series “Jet Jockeys” has been acquired by The JUL-TV Television Network, according to founder and president Tom Julian.

The television show has been described as centering on aviation and the men and women who have pioneered the industry and those who make it their passion and livelihood. Although it will start in Southern California, it will travel the country by Season Two, with an estimated September 2019 release on The JUL-TV Television Network.

“We are incredibly excited to acquire this amazing show,” states Tom Julian, “Jet Jockey’s will make a perfect addition to our family-friendly programming, and it will fit an important slot in our Network Model: Adventure, Passion & Family-Friendly.”

Jet Jockeys, a docu-reality series, does for aviation enthusiasts what Mike Rowe of Dirty Jobs has done for the dignity of the trades; what Neil de Grasse Tyson of Cosmos has done for our sense of wonder about our universe; and what The Robertson Family of Duck Dynasty has done for family. The show has been described as being both educational and inspirational, focusing on the incredible world of aviation.

“The sacrifices, the accomplishments, the challenges for our future will be front and center in each and every episode. Jet Jockeys is all that and more,” explains Brett Vance, “There is nothing like Jet Jockeys on the landscape of television. Aviation is also a metaphor for dreams because we all have to defy gravity of some kind to get our dreams off the ground. Ready to launch your own life adventure? Then join us on Jet Jockeys.”

“We couldn’t be more excited to have Brett Vance hosting our show,” concludes Tom Julian, “he’s an outstanding pilot who has been at the controls of some amazing jets as a test pilot. I don’t know a demographic that won’t find Jet Jockey’s appealing and entertaining. It will definitely be time well-spent watching and learning about some awesome jets and the people who fly them.”