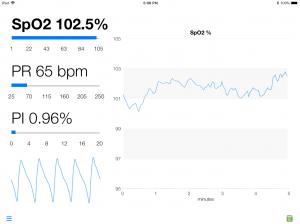 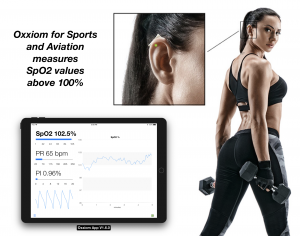 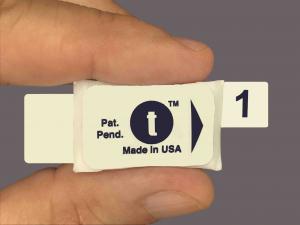 According to True Wearables’ CEO, Dr. Marcelo Lamego, “current pulse oximeters cannot measure oxygen saturation values higher than 100%. However, this is really a convention adopted by manufacturers and the community. The human body has a certain amount of hemoglobin that typically does not bind to oxygen. Under circumstances dictated by the user or the environment’s oxygen concentration, this hemoglobin binds to oxygen, which translates to higher SpO2 values. True Wearables has developed proprietary real-time algorithms that enable Oxxiom to measure oxygen saturation values higher than 100%.”

This new functionality was announced to celebrate the first anniversary of Oxxiom shipments to customers. According to True Wearables’ Director of Marketing, Tatiana Buticosky Lamego, this is a great milestone, and we will continue to implement new and unique functionalities in Oxxiom in order to bring convenience, comfort, and more information to our customers.

More information about Oxxiom and App can be found at www.truewearables.com. Disclaimer: Oxxiom and App for Sports and Aviation are not medical devices.