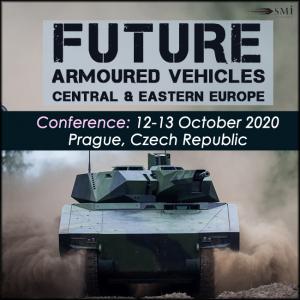 Delegates will receive focused briefings over the course of 2 days on key topics on critical ongoing IFV acquisition programmes, the future of armour in the theatre, the importance of reinforcing interoperability and cooperation, and more.

Ahead of the event, SMi has caught up with Lieutenant Colonel Ralf Linne, Branch Chief, Armoured Corps, Army Concepts and Capabilities Development Centre, Bundeswehr, to get his perspectives on the conference, the role of ACCDC, current and future armoured vehicle capabilities and much more.

Interested parties that register until 30th June can save £300 with the Early Bird rate: http://www.futurearmouredvehicles.com/einpr8

Q) About you – what role does the Army Concepts and Capabilities Centre play within the Bundeswehr, and what perspective do you aim bring to the conference?

“The Army Concepts and Capabilities Development Centre (ACCDC) is responsible for the future development of concepts, training, organisation and materiel of the German Army.
In addition, the joint pilot services of Explosive Ordnance Disposal (EOD), Counter- Improvised Explosive Devices (C-IED), Joint Fire Support (JFS), and Human Intelligence (HUMINT) are managed by ACCDC and continually adapted on behalf of the entire Bundeswehr…”

Q) During the conference you will be discussing a number of platforms used by the German Armed Forces, can you tell us a little more about some of the enhancements being made to the Puma and Leopard platforms, and how capabilities will improve?

“In the past year, the Bundeswehr focused on a combat brigade as part of the Very High Readiness Joint Task Force (VJTF). In 2023, the Federal Republic of Germany will again assume responsibility within the VJTF. To act within the VJTF the SPz PUMA is planned to be used for this mission. Since the SPz PUMA has not reached the threshold of fully operational readiness yet, the development of systems for two companies with a construction status “VJTF”, which is separate from the series, was commissioned. In this construction status, there will be already some developments, which will be installed in the series later. It will have the MELLS, the adjustment of the sighting means and, for the first time, digital guidance equipment, which also affects an adjustment of the IdZ-ES system…”

Lieutenant Colonel Ralf Linne will also be presenting on “The Evolution of the German Armoured Fighting Vehicles and Main Battle Tank Platforms” covering:

To register and for the full agenda and speaker line up, please visit http://www.futurearmouredvehicles.com/einpr8

–END—
About SMi Group:
Established since 1993, the SMi Group is a global event-production company that specializes in Business-to-Business Conferences, Workshops, Masterclasses, and online Communities. We create and deliver events in the Defence, Security, Energy, Utilities, Finance and Pharmaceutical industries. We pride ourselves on having access to the world’s most forward-thinking opinion leaders and visionaries, allowing us to bring our communities together to Learn, Engage, Share and Network. More information can be found at http://www.smi-online.co.uk