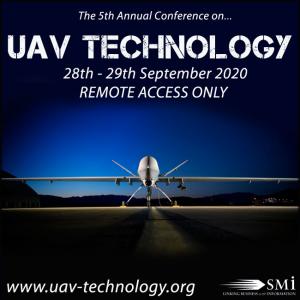 SMi reports: AeroVironment will be a sponsor and exhibitor at UAV Technology’s virtual conference taking place on the 28th – 29th September 2020.

LONDON, UNITED KINGDOM, July 27, 2020 /EINPresswire.com/ — With the growth of the unmanned aerial systems industry in recent years, military and government organisations are investing ever more into the development of UAVs. In recent news, AeroVironment has been awarded a $2.6m contract from a US ally. The one-year contract award will support the customer’s existing fleet of AeroVironment tactical UAS.*

SMi Group have recently announced AeroVironment as a sponsor and exhibitor for this year’s UAV Technology 2020, which will now be a virtual conference only. Military and government personnel will provide an exclusive presentation to showcase their latest technologies and other emerging innovations this September.

Interested parties will be able to register for the event at: http://www.uav-technology.org/einPR6

AeroVironment is a leading defence contractor primarily involved in unmanned aerial vehicle development founded in 1971. The company aims to provide UAS solutions and other outstanding technologies where their specialized portfolio of UAS provide critical intelligence and high precision strike capabilities that can mean the difference between failure and certain success.

Snapshot of Past Attendees

To learn more about the event, download the brochure and programme, at: http://www.uav-technology.org/einPR6

About SMi Group:
Established since 1993, the SMi Group is a global event-production company that specializes in Business-to-Business Conferences, Workshops, Masterclasses, and online Communities. We create and deliver events in the Defence, Security, Energy, Utilities, Finance and Pharmaceutical industries. We pride ourselves on having access to the world’s most forward-thinking opinion leaders and visionaries, allowing us to bring our communities together to Learn, Engage, Share and Network. More information can be found at http://www.smi-online.co.uk