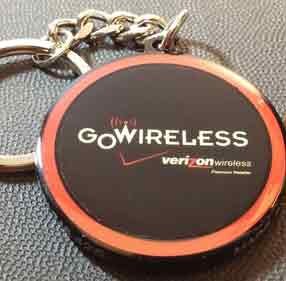 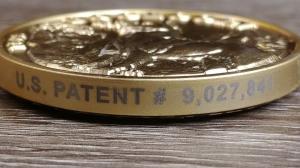 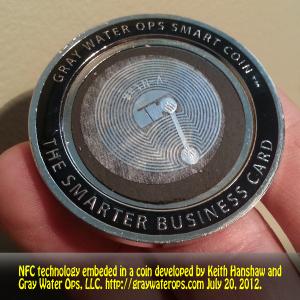 Thinking about an offline storage device for crypto-currency? Gray Water Ops, LLC can design and mint a custom metal coin with your brand message and image.

HARRISBURG, PA, UNITED STATES, October 14, 2021 /EINPresswire.com/ — Gray Water Ops holds the patent for embedding NFC microchips inside custom metal coins. One of the uses is as a Crypto Wallet.

Gray Water Ops, LLC has been designing and minting custom military challenge coins since 2009. They mint challenge coins for military commanders, police departments, fire departments and businesses. Organizations and event planners have custom coins minted for members or attendees and some people sell them as merchandise items.

Challenge coins are small 1.75" – 2.5" diameter coins that are about 3-4mm thick. They are die struck from a solid strip of brass and each coin is plated, painted, packaged and finished by hand for most designs. With about 15 different finishes or platings, custom coins can cave their own unique look.

Challenge coins originated in the military, with different units having coins struck to represent their affiliation to that unit. It became custom to always carry you coin once you received it. The term "Challenge coin" came from the challenge issued from one member to another. At any time, a member could challenge you to make sure you had your coin on your. When challenged, the challenger removes his coin and slaps it down on the table or bar or taps the edge of the coin on the bar.

Challenge coins are unique because each coin minted is done for a specific purpose. It's a tiny memory vault of where you were and what you were doing when you received the coin. Some coins, like the Dick Kramer Studios 15 coin commemorative series are minted to highlight an event or collection of items or events. This particular series features Mr. Kramer's 15 most popular pieces of art. Each design is translated into a 3D coin from his artwork. Each coin is individually numbered and available to pre-order from https://GrayWaterOps.com/dickkramer

In addition to designing and minting regular challenge coins, Gray Water Ops is the exclusive manufacture of a patented challenge coin with a NFC microchip embedded inside the coin.

Gray Water Ops patent is for putting NFC microchips inside custom minted metal coins. As with any NFC "tag" there are a handful of uses. Some customers use them as a digital business card, storing their contact info on the NFC microchip. When a smartphone or NFC enabled device comes in contact with the coin, a pop up window displays an option to store the contact on your phone. By simply hitting yes, the name, email, website and phone number of the contact is automatically stored in your contacts, without having to type it in by hand. Other customers use them as a Doge coin crypto-currency wallets and Bitcoin wallets for a truly offline storage option for your blockchain. You have to love the irony of putting digital currency BACK ON a physical coin for storage!

A variety of NFC chips will work but a NTAG216 is currently the best option for both android and iOs devices. One side of the chip is shielded, to prevent the antenna from contacting the metal coin surface. A 4 color printed vinyl sticker is placed over the other side of the coin and an epoxy sealant is dripped over the surface to lock in the NFC microchip and make the coin waterproof.

The NFC tag draws its power from the host device so it doesn't require a battery. Unlike a storage device, the memory space is small and can only hold a few commands or instructions that tell the NFC reader to "DO" something like launch a webpage or open a Google map and provide directions to a pinned address. With some custom programming you can use them as an access device or key to digitally open a door when a NFC embedded challenge coin is placed against the reader.

When designing and minting custom NFC embedded microchip challenge coins, one side can have 3D or 3D detail with up to 6 enamel paint colors. The other side is a 4 color offset printed sticker that covers the chip on the other side. The epoxy sealant is coated over the sticker and both seals the microchip in the coin and makes it waterproof.

The minimum order for Gray Water Ops, LLC patented NFC coins is 250 if you were thinking about having some made for your business or organization. You can reach out through their website at GrayWaterOps.com

Veteran owned and operated, with a customer list from the president of NASCAR, Anheuser-Busch, all branches of the US military, ATF, FBI, NCIS, AFSOC, MARSOC, SOCOM, state and local police departments across the United States and military units deployed around the world. They've minted international coins for Wargaming (World of Tanks and World of Warships), and more.

The idea came from solving a problem. We were working on a coin design for a magic trick. The old overlay process would print an image on a thin piece of tin and when it contacted the chip it grounded it out and it wouldn't work. We had to find a way to fit the chip in the coin, keep it from grounding out on either side and still have it function as expected.

We tried it with a shielded NFC tag, placing a thin layer of foam between the metal coin and the chip and using a thin sticker instead of a piece of tin. IT worked great! The next wait was waiting for iOs to open up access to NFC features on the iphone! There were only a handful of android smart devices that were able to read the coins so having a wider customer base was still in the distance. Once iOs unlocked the NFC capabilities, it opened up the ability to program your coin to work with your device.
If you’re interested in more information about having a custom NFC challenge coin minted, please contact us through our custom coin quote form.