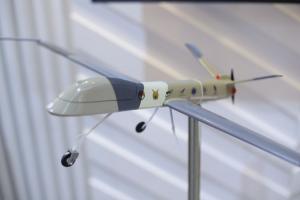 BRIN, an autonomous institution working directly under the President and is in charge of various research activities in a number of ministries and institutions; responsible for the governance of several research organizations, ranging from nuclear power (Batan), aviation and space (Lapan), application and study of technology (BPPT), as well as earth sciences, social sciences, and humanities, engineering sciences, to life sciences which are incorporated in Indonesia’s Institute of Sciences (LIPI), will highlight Lapan in the event of Expo 2020 Dubai; Indonesia’s National Institute of Aeronautics and Space responsible for developing satellites and rockets for the rise of connectivity and telecommunication in long-term civilians and military aerospace research. Known for holding the title of the largest archipelago globally, Indonesia has many assets that can be utilized, one of which is the nation's geographical location. Indonesia's geographical advantage of being located at the equator makes Indonesia a suitable center for satellite launches as satellites launched from sites located near the equator experience a much lesser fuel loss due to the less maneuver required to change from the inclination orbit to the equatorial orbit.

Supporting this factor, on 15-21 October 2021, the Indonesia Pavilion will showcase its very first owned spaceport (Bandar Antariksa Biak) and various space exploration mediums originated from innovative Indonesian minds starting from the 2 Levels Lapan Rocket, Satellite Lapan A4 and A5, Unmanned Aircraft (PUNA) Alap-Alap, Unmanned Aircraft (PUNA) MALE Black Eagle. BRIN will enliven the so-called exhibition in order to gain the global audiences’ trust in Indonesia’s readiness in terms of development and knowledge advancement in the science and technology sector.

"Indonesia's geographical advantage of being located at the equator makes Indonesia a suitable center for satellite launches due to satellites that are launched from a place closer to the equator toward the east in the geostationary orbit will consume less fuel. Thus, the method can increase the weight of the carried satellite or prolong the satellite's operational life," said Laksana Tri Handoko, Head of BRIN.

Other than interactive rolling exhibition, the Indonesia Pavilion will also provide a thorough explanation of the many mediums exhibit through multiple short video rollings in the Pavilion's exclusive theatre showings focusing on how these inventions can affect the world in the growth of human and technology development by mitigating disasters that can aid in bolstering the nation's readiness and capacity in facing disasters.

"We have to continue to move forward to develop technology so that we can reduce and mitigate various disaster risks ahead of us in order to prepare against any possibilities of natural disasters supported with multiple researchers that the public can rely on as precautionary and mitigatory measures against disasters and mapping of areas with the likelihood of disasters occurring on the earth's surface. " Laksana Tri Handoko, Head of BRIN. Fundamental across many countries, Satellites provide a flexible, universal, reliable, and quick deployment to address a wide range of communications needs. Satellite technology has become a flexible and cost-effective solution for establishing broadband data networks, ideally suited to meet the global communications requirements of military, government, and commercial use.

Consisting of more than 17,000 islands, Indonesia use of satellites are very well utilized as the country needs to monitor its maritime borders, provide mobile phone service in remote areas, track aircraft crossing across the vast archipelago, as well as monitor natural disasters as Indonesia lies on the Pacific "Ring of Fire", where volcanic eruptions, earthquakes, tsunamis, floods, landslides, drought, and forest fires frequently happen.
Indonesia has established to launch three mini-satellites as a result of the nation’s development, namely Satellite 8A1 (radio communication) launched in 2007, Satellite 8A2 (monitor ships and amateur radio transmitter) launched in 2013, and Satellite 8A3 (agricultural monitoring) launched in 2016. Despite the lack of materials and budget in constructing these satellites, the nation still manages to establish in launch three operative satellites that are still running today.

By the year 2023, Indonesia is planning to launch two more satellites, namely Satellite 8A4 that can increase security on maritime sites as well as a surveillance medium beneficial to track ships route to prevent collisions, and Satellite 8A5 to detect an upcoming natural disaster by the placement of sensors around places vulnerable to natural disasters. Satellite 8A5 is claimed to be Indonesia's most cutting-edge mini satellite launch in history in collaboration with India to plan its official launch to the space orbit. The satellite has the size of 60cmx60xmx80cm equipped with many functions to highlight as it does not only help in detecting natural disasters but also help in creating a more effective way in extinguishing wildfire by locating the forest fire's main source through surface temperature map, tsunami warning system, and upload compelling satellite images in order to learn the management of natural disasters and how Indonesia can create better mitigation.

BRIN’s target from promoting these mediums in the Indonesia Pavilion is to establish Indonesia as one of the many Southeast Asia countries to have its own spaceport and capable of building an indigenous rocket and satellite program amid tight fiscal conditions by attracting investors from across the world to invest on massive potential Indonesia held. BRIN plans to build a spaceport in two locations, namely Morotai Island, North Maluku, and Biak Island, Papua, due to its strategic geographical location located nearest to the equator creating a hotspot for countries to launch spacecraft in an easier fashion that will help to reduce the launch costs due to our position being the closest to the orbit saving approximately Rp.200 Million/Km.

Along with the current trendsetter on the satellite market, both nano and micro size satellites will be essential in the fields of remote sensing and mapping; securing an investment utilized towards the construction of Bandar Biak Spaceport, which soon will be settled with the help of individuals from private consortium partners of satellite launch industry players. “The construction of the spaceport will be settled by the help of individuals in agreements with private consortium partners of satellite launch industry players. We are currently exploring with several candidate partners from within/outside the country,” Laksana Tri Handoko, Head of BRIN.

Through this opportunity, BRIN hoped these programs will help to improve the peoples’ welfare and provide services for launching vehicles from outside parties or other countries, creating a solid infrastructure; potential to be one of the world’s biggest assets, and to raise orbiting satellites to a higher orbital level in order to expand the access of connectivity by 2023.